~China: a glimpse through the eyes of my friends~

Everyone has a first impression of a country before visiting it which rapidly changes after visiting it. China, one of the world’s most ancient countries of the world, boasts of a vivid history and dynamic culture that spans thousands of years, three sovereigns and five emperors. Everyone however, has a different perception. I have tried to evince the essence of the country through the eyes my friends Cici Gu Xie, a native of Mainland; Kim Jin Song “Jessie”, a Korean living in Beijing for 9 years, and Liu Yixing “Eva”, another native.

When you first think of China, what comes to your mind? The Great Wall? Dim Sums? Communism?

But Cici says,” Some Americans who never visited China think that we only do Kung Fu and eat a lot. But in school we generally learn Tai Chi (Taijiquan), an internal martial art for mental clarity and calm that mostly old people indulge in because it has slow movements.”

Yin-Yang symbolize complementary forces that form a dynamic system in which the whole is greater than the parts. It is shown by the Taijitu symbol, a circle with an S-shaped divider into black (Yin) and white (Yang) portions. The Yin-Yang idea symbolized by the red-blue Korean flag shows how countries like Korea and Japan have also adopted the Chinese concept. It is believed that a balance between them is important for a symbiotic co-existence and a healthy society.

“However, this is not really the secret for good health”, Jessie, my other room-mate says. “The secret of flat-belly of the Chinese people is tea or chá. When I first went to Beijing, I discovered that they drink tea after every meal, as medicine, in formal gatherings, to apologize to parents, to accept new members into the family and so on. In fact, there are many famous tea houses in Beijing like Lao She Tea-house.” Indeed, tea has had a major influence on the development of Chinese culture.

But the major changes in the Chinese culture are said to be brought by Confucius, then Mao Zhedong and then the CPC.

Around 400-200 BC, an orthodox system of Confucianism had been established in China, reaching Korea and Vietnam as well. It adopted the ideas of Buddhism, Taoism and secularism. It stood for humanism and altruism (ren), ethics and morality (yi) and social and legal norms (li).

According to Cici, “There were at least 56 ethnic groups in China earlier. So, Confucianism led to booming development and brought about a cultural revolution. It invented the school education system and established the fact that family comes before everything. But, it also introduced the concept that the wife is supposed to ‘follow the husband’. In folklore, Confucius is said to be intelligent, but having suffered in marriage, he preached the wrong concept about how women were not so important.”

After Confucianism, the major game-changer was Maoism in mid 1900s. Chairman Mao, the founding father of PRC (People’s Republic of China), was a communist revolutionary, politician, political strategist and military mastermind. He single-handedly converted China into a socialist one-party state with Marxist-Leninist ideologies. However, he was a tyrant.

Cici and Jessie both believe that “He saved China from foreign invasions, but he had a very big ego. He wanted to be worshiped as God and began to eliminate religion. So, he tortured, starved, handcuffed and paraded educated people as they were the only ones who could rise against him. This made China go back a few years.”

Whatever the consequences, it certainly did “eliminate religion.” What it left behind as legacy was CPC (Communist Party of China), Buddhism (a neutral faith followed by few Chinese) and a 900 million population size. But what is CPC’s stance on religion and population?

The CPC still preaches anti-religious sentiment. According to Jessie, “In a Korean town called Wangjing in Beijing, when some of my friend’s priest parents tried to preach their religion (Christianity), they were kicked out of China.”

Although the CPC is still called the Communist Party of China; it has officially made transition from a Communist state to a Socialist market economy. As Cici says, “Everybody says we are communist but actually it is North Korea that is the face of China 50 years ago. Now we are basically capitalizing socialism more and more every year to gradually become more liberal.”

The CPC’s ideology is ‘Socialism with Chinese characteristics’ that theorizes a public sector open economy around Marxist ideology that enables the government to have flexible economic policies to develop into an industrialized nation.

The major debate going on is the one-child policy of the CPC to address the exponential population growth, another remnant of Maoism. While it is true that population rate has been successfully controlled, the family values and social stability has been adversely affected.

As a non-native, Jessie is shocked, “Because there is only one child, there is a phenomenon called ‘small emperor’ in which each child is taken care by parents, grandparents and relatives. He is rarely disciplined. These children become self-centered as they don’t learn how to share and compromise in a family. Also, the second child is not identified by as a citizen with rights if the parents are unable to pay the penalty.”

Cici also agrees with her, “Parents only focus on academic grades all the time, and ignore any other talents or deficiencies of that child.”

Due to this policy the bell-shaped population curve of the country has been skewed so that there are a lot of old people and very few children. How will this affect the economy and social life in the long run?

“When I start working, I will carry the burden of taking care of my parents, grandparents and an army of relatives who don’t have any children. I will also have to provide for them monetarily. How will I manage?”

However Eva, another Mainlander disagrees, “Before this policy, we had a big family living together which led to invasion of privacy and domestic quarrels. Now, if there are less people in the family in future, it will be easier to manage.”

But political decisions are subject to a never-ending debate. Moving away from the culture of politics let us look more closely at architecture and poetry, two most ancient and influential concepts in China.

According to Cici, “The traditional Chinese poetry of the ancient times is brilliant. Even I can’t read a few words. Each word has intrinsically deep and multiple meanings that cannot be expressed in mere words. One of them in my textbook is called GOOSE.”

But if there is anything older than poetry, it’s Feng Shui, the directional and institutional basis of Chinese architecture. Jessie says, “I once did a survey according to which 60-80% people prefer Feng Shui style residences. It is a direct relation between human health and nature. For example, it tells us where to construct the window to allow maximum sunshine. It’s practical and reasonable.”

However, despite being a native, Eva is not so convinced, “Why would I want to place the chair in a way that it faces a window? I am not the Dragon Emperor in the Forbidden Palace who has to look out for enemy attacks! But yes, if I had to choose between two similar priced real-estates, I would choose the one which follows Feng Shui.”

How is Feng Shui related to Dragons? And why is Dragon such a poplar symbol in China? Jessie explains, “According to mythology, the female Yin is represented by Fenghuang (the Chinese Phoenix), the male Yang is represented by the Dragon. Dragon is a symbol for potent and auspicious powers, like controlling over water, rainfall, hurricane, and floods. So, a Chinese emperor is called ‘Dragon’ because of his imperial power and strength. And a Feng Shui ‘Dragon’ is considered a powerful Feng Shui cure.”

Eva is not so positive, “In China we believe that if we have a Feng Shui Dragon in the house with a pearl in its claw, we will be wealthy and lucky. And if it is paired with a Fenghuang, we will have a happy and long marriage. But seriously, I don’t think it works!”

Indeed, Chinese culture is quite like the dragon & phoenix Feng Shui – influential, ancient, breathtaking, intricate and yet controversial. It can never be completely dichotomized and presented to you. It has to be traversed and explored. I would like to conclude with a few lines from China: Portrait of a People by Tom Carter:

“I drift like a cloud,
Across these venerable eastern lands,
A journey of unfathomable distances,
An endless scroll of experiences…
Lady Zhejiang here we must part,
For the next province awaits my embrace.
Sad wanderer, once you conquer the East,
Where do you go?” 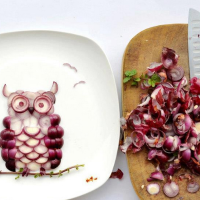 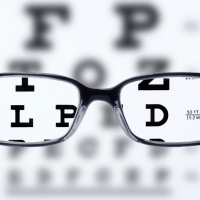 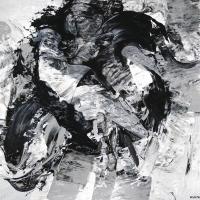 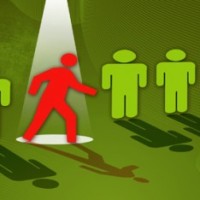 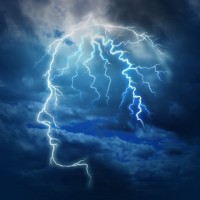 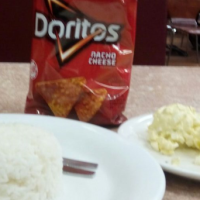 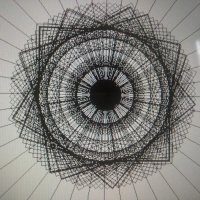 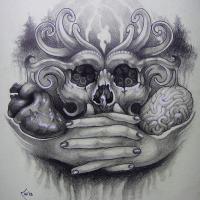